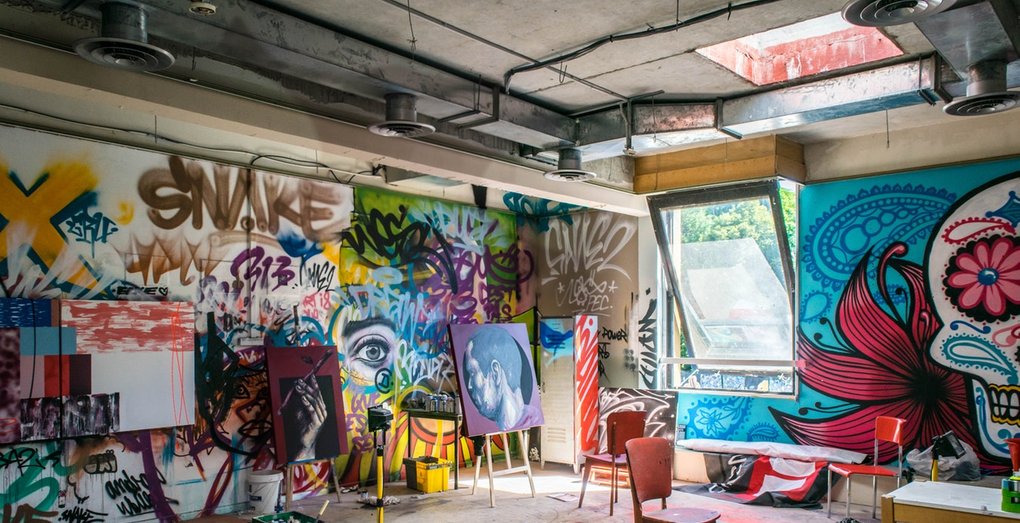 In Danish it is called "Dypmaleri", but the English word sounds undeniably cooler: Drip paintings. One man is behind the phenomenon, Jackson Pollock, who began it in 1948.

The phenomenon is in its simplicity of using its brush to drip and splash paint on the canvas instead of touching it physically with the brush. Today we are used to this technique, but in 1948 it was revolutionary in every way.

In practice, this means that with his wrist, he flips the paint down on the canvas into something you can call a kind of wrist dance.

The rhythm is determined by the power of the hand movements, which in turn has something to do with the mood in which Ole Hedeager is in. He is aware of the basic composition of the painting beforehand, but as soon as the first flick is done, it is what controls the rest. Each flick triggers some oscillations that instinctively cause him to do the next.

If we were in the world of music, we would talk about improvisations around a theme. Unlike Jackson Pollock's abstract paintings, Ole Hedeager always works figuratively, and it is the face and, in some cases, the entire human body that are the focus.

The starting point is a feeling: love, joy, resignation, defiance, doubt, clarity, calm and anger. The whole battery of emotions and moods we can all feel. Sometimes even at the same time. It is this recognition on our part that allows us to immediately relate to

Yes, the starting point is his own moods and states of mind, but these are general human moods. Of course, it also helps that he is able to create some very powerful images with an almost mesmerizing effect. The characters stare at us with an intensity you can't escape.

We notice the nerve threads that have created the painting. Feel directly and immediately the strong feelings and recognize them from ourselves.

Something that creates a relationship between us and the creator of them: Ole Hedeager.

It can be a powerful and almost cross-border act to delve into these images because they are so much in the flesh on us. We simply cannot escape them.